As many of you will have heard, sadly Julian (baycityroller- to some) passed away peacefully after a long illness on Sunday 18th May at St. David's Hospice with his family by his side.  He was laid to rest last week at Llanrhos after a service recalling his twitching, local birding and ringing jaunts.  It was fitting that the area around the Church was buzzing with House Martins and Swallows.


Julian was a life-long birder originating from Manchester. He was heavily involved in setting up the Connahs Quay reserve when he moved to North Wales.  As you will see from this blog he was also interested in moths and dragonflies and more recently contributed to the various blogs and forums on both subjects.  He got as excited as most in finding a county first or other good local records and he always liked a good ID challenge, often helping me out when I was stuck.

Julian enjoyed birding and made the most of it right up until last Christmas, watching the Hoopoe at Pensarn and Buff Bellied Pipit at Burton.  Despite being ill I never heard him grumble and if I bumped into him on the reserve we'd take twice as long going round chatting as we went.  We'll all have our personal memories but I'll remember him at Rhos Point enjoying the worst the weather could throw at him on an autumn seawatch, hoping for a passing skua or petrel.

He was highly regarded on the local birding and insect recording scene and will be missed greatly. Our thoughts are with his family. May he rest in peace.

For some reason I've always wanted to see a Bee-fly but I've never connected with one, until last weekend. It was on an Easter egg hunt at Plas Newydd on Anglesey. At one of the Easter egg hunt stations I suddenly noticed a Bee-fly and got a little excited! They are quite fat, and fly like what I imagine a Bee-hawkmoth may fly like, quite slow. They have a massive probosis and quite well marked wings. I think they only fly early on in the year and they parasitise (solitary?) wasps. One wasp sp. is in one of these shots but there were quite a few buzzing around - solitary?. Does anyone know what the wasp is?  Also do we get the two Bee-hawkmoths in North Wales? If so where and when is the best time to look? As I was photographing it my children spotted some Red Squirrels which I had to go and look as as I didn't have the nerve to say
"No, I'm not coming - I'm photographing a fly!" 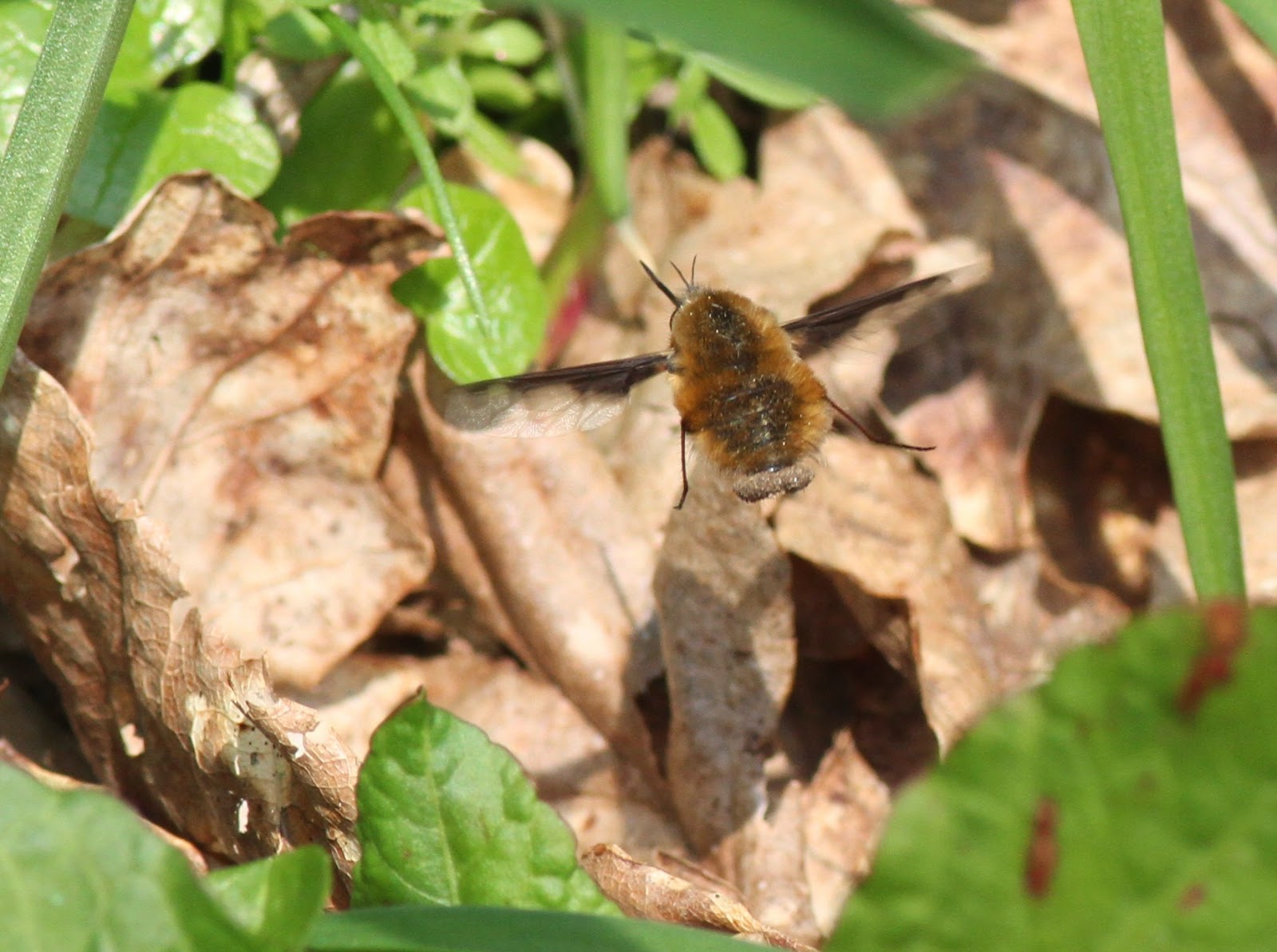 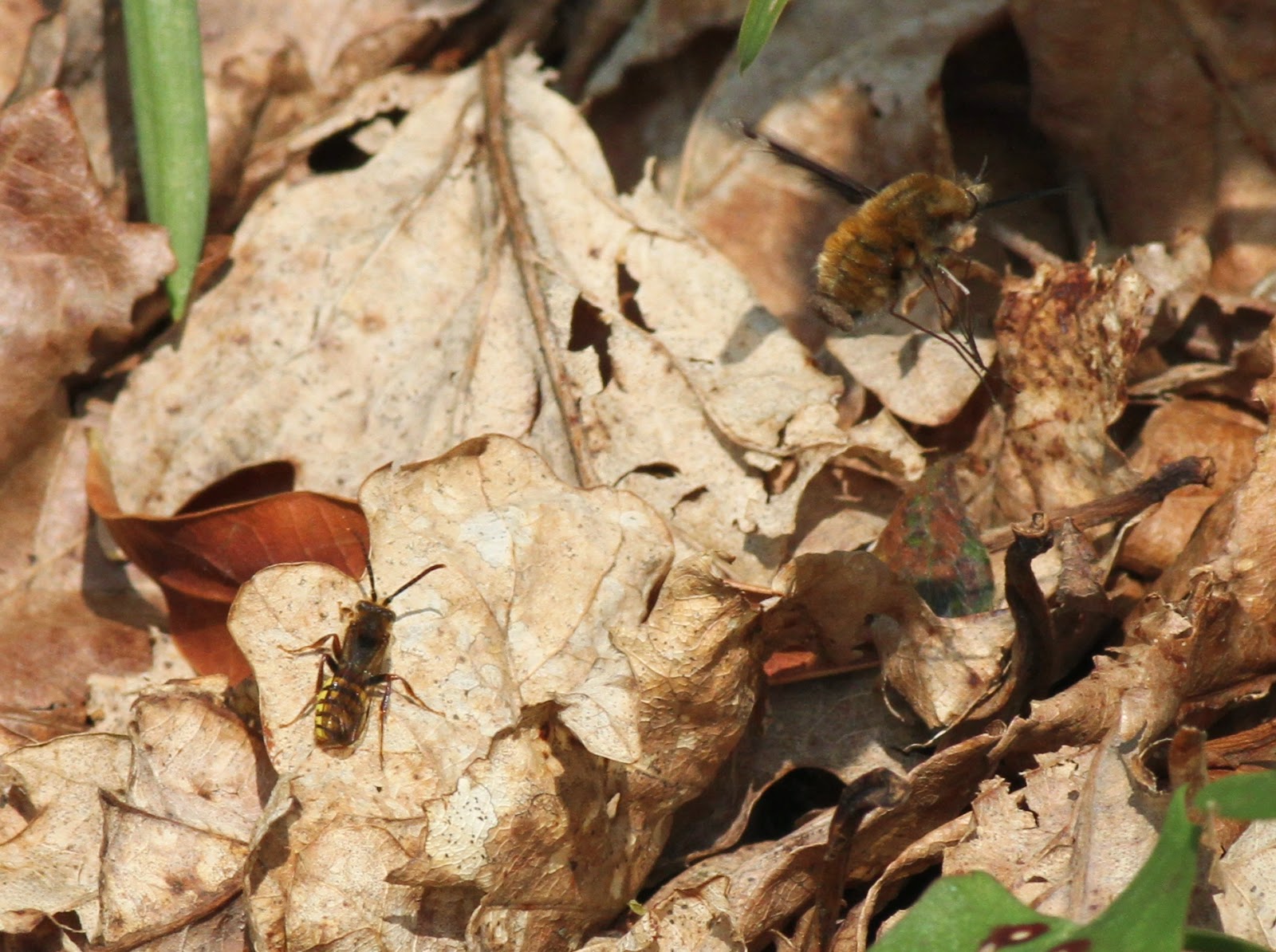 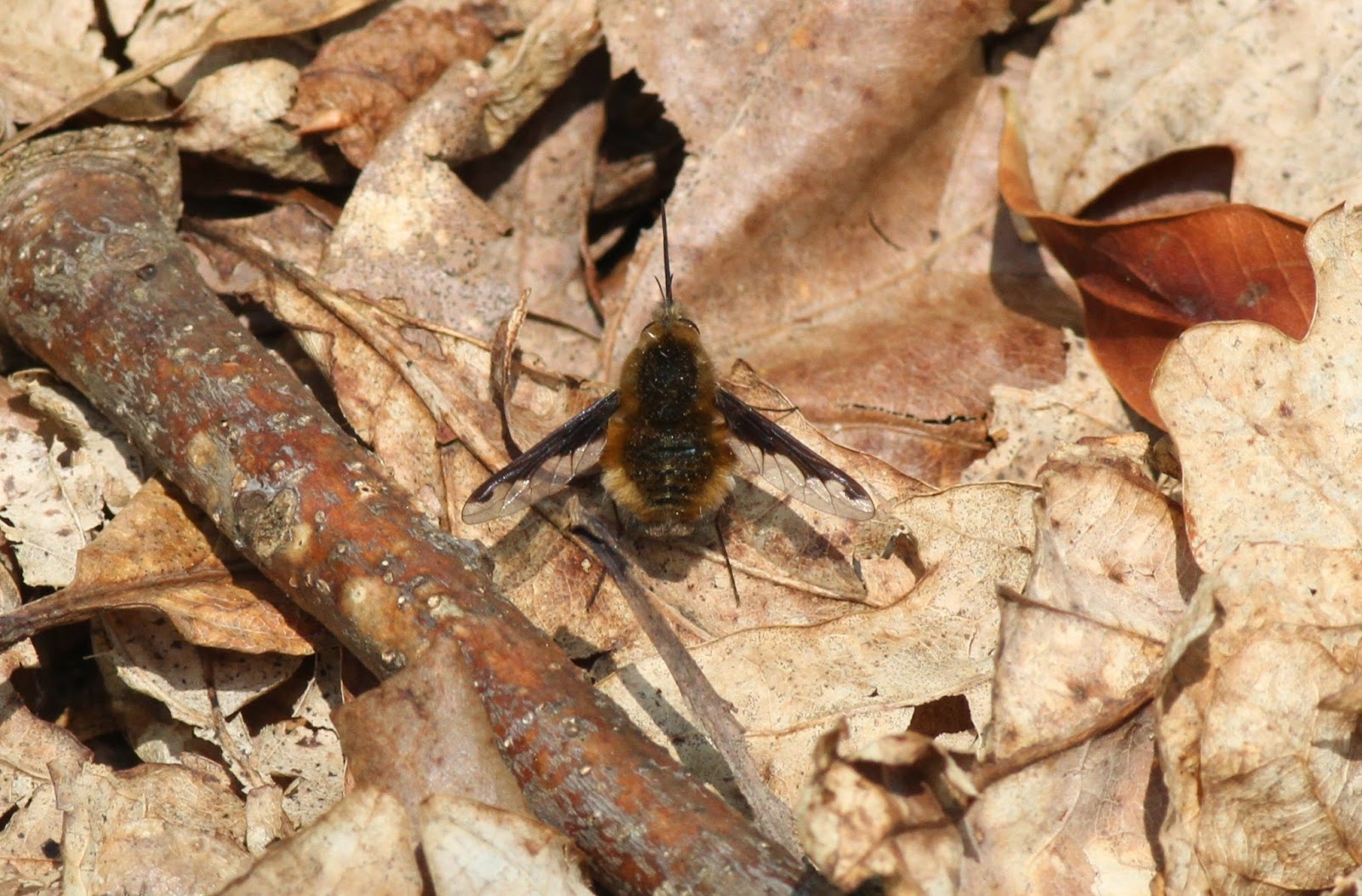 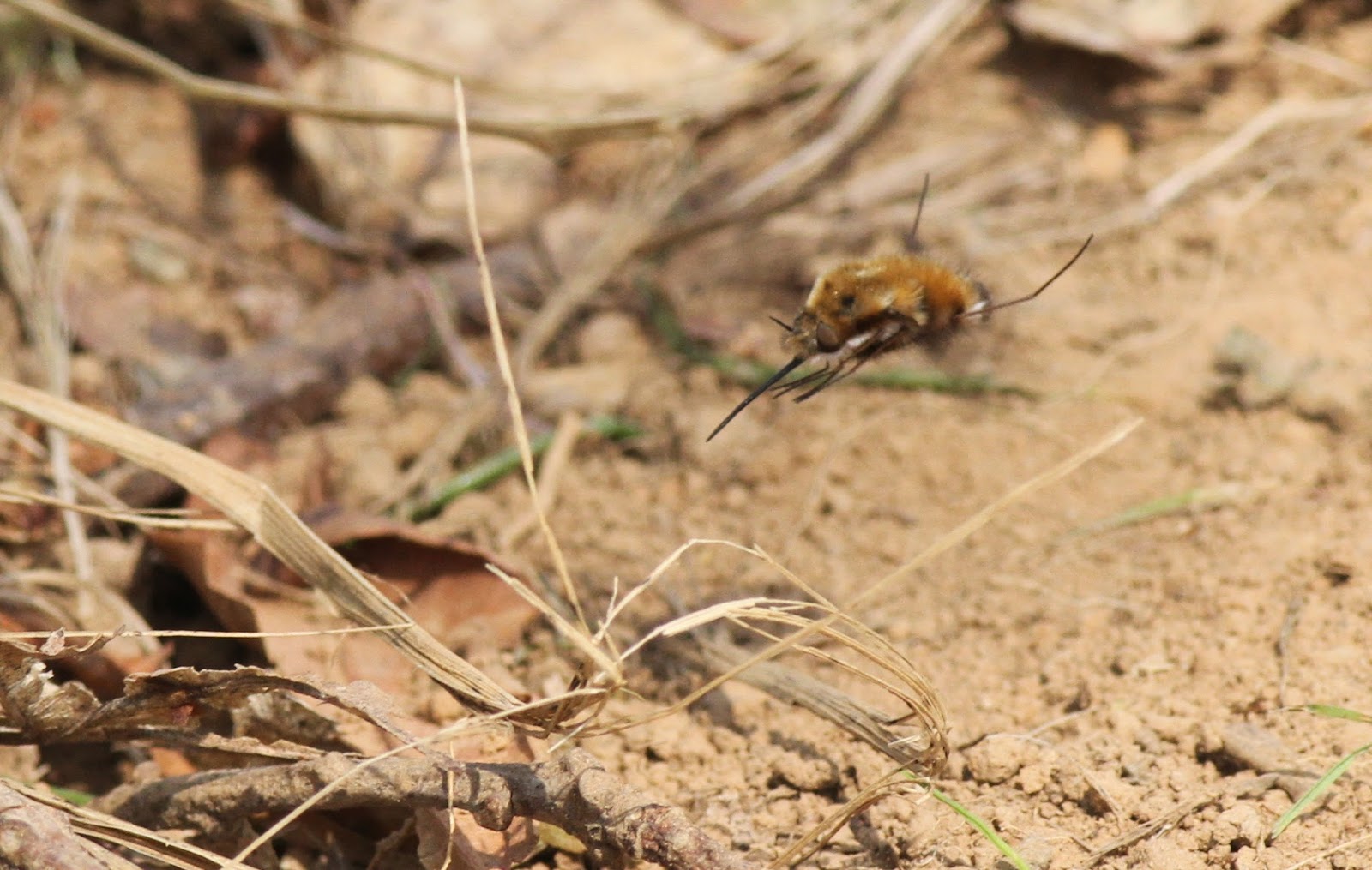 Posted by Stephen Culley at 13:34 No comments:

My first December moth was trapped a couple of nights ago and was one of my earliest dates for this species. 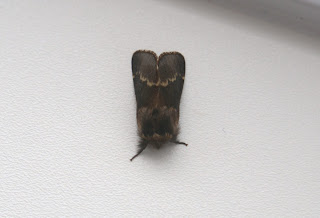 Put the trap out last night and managed a light brown apple moth, silver Y and this new for the year feathered thorn. 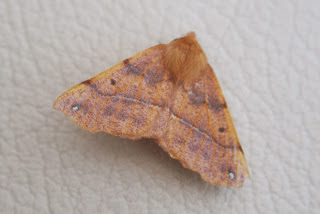 Only one moth in the trap last night but it turned out to be my first figure of eight of the autumn. 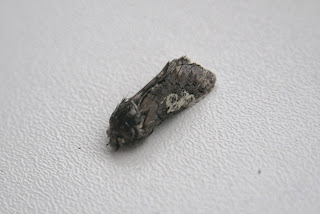 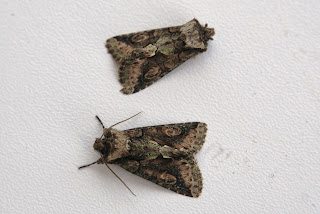 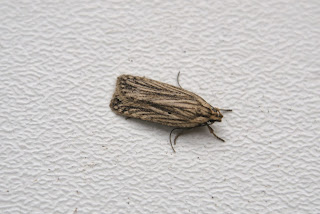